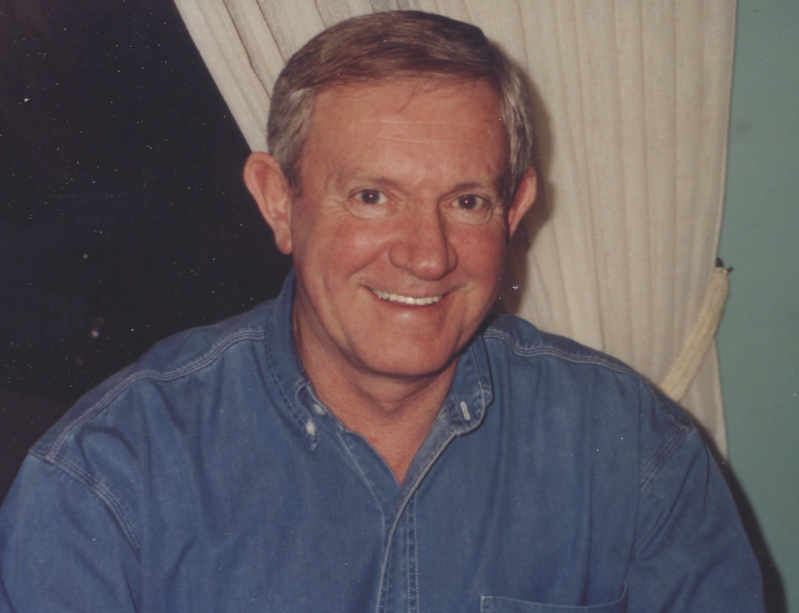 It is with heavy hearts that we announce George William Foster, 75, of Markham, Ontario, passed away on September 16th, 2022 surrounded by his loving family.

George William Foster was born in Toronto to George Cunningham Foster and Mae Lindsay Foster (Hutchinson) on April 15, 1947. He grew up in Scarborough where he met, and eventually married his soulmate Cathy. He was a dedicated family man, and always prided himself on an immaculately manicured lawn and well-maintained home.

George served his community proudly as a Sergeant in the Toronto Police Service for 33 years. He spent many years volunteering with the Knights of Columbus and their many projects, and as a driver for St. Patrick’s seniors social with his uncanny sense of direction.

George had a booming voice but a gentle heart and always had a smile on his face and a joke on his lips. He was an avid golfer and enjoyed the 19th hole at Mill Run Golf Club where he had many friends. He was famous for his ‘George-isms’ and often offered a “give your head a shake” or “you’re dreaming in technicolour” when he didn’t agree with your perspective.

Everyone who knew George felt his big heart and giving nature. He will be missed especially by his seven grandchildren, for whom he spent countless hours ensuring the pool was ready in the summer and making sure he attended as many sporting and school activities as he could. Ever an avid sports fan, he often enjoyed a glass of wine and a heated debate with his sons-in-law about the genius of Wayne Gretzky and Tiger Woods. Bob Marley once wrote, “the greatness of a man is not in how much wealth he acquires, but in his integrity and his ability to affect those around him positively.” There is no debate that George was a great man.

George will be deeply missed by his wife Cathy of 51 years, daughters and sons-in-law Dawn and Russ, Lindsey and Paul, Kim and Andrew and his grandchildren Jack, James, Cole, Ben, Tyler, Claire and Luke, his sisters Diane and Betty, many brothers & sisters-in-law, and nieces and nephews.

Memorial donations may be made to the Canadian Cancer Society.

Share Your Memory of
George
Upload Your Memory View All Memories
Be the first to upload a memory!
Share A Memory
Send Flowers