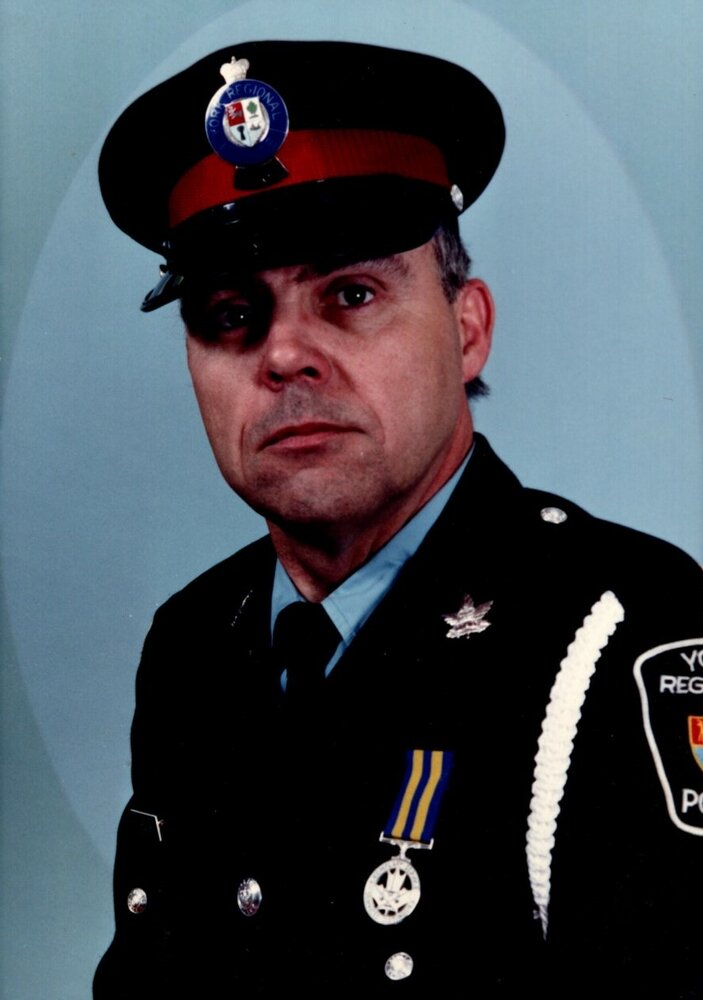 Brother of Phillip and Sandra (in Vancouver); Larry (deceased) and Susan

Graduate of Earl Haig Collegiate and Ontario Police College. Robert served as a police officer for Metropolitan Toronto Police and later Vaughn, then York Regional Police for more than 35 years.  At the time of his retirement, in 2000 it was said that he had trained more officers for YRP than any other training officers ever had.

Robert was an active member of the community for many years. As a youth he was a proud member of the Optimists Drum and Bugle Corps. and volunteered as a riding companion for differently abled children. As a committed father he served for many years as a Scout leader, softball coach and board member for Markham Softball Association and later in life the Markham District Veterans Association.

Robert will be remembered as a fun and kind husband, father and friend who enjoyed camping, boating, baseball, card games and video games.

Among his many accomplishments, Robert helped establish the Values Influences and Peers (VIP) program in York Region Public Schools, received exemplary service awards and commendations from York Regional Police, including for pulling someone out of a burning building, and was named Rotary Club of Vaughn’s Police Officer of the Month in July 1994.

He will be missed and remembered always.

Public Viewing to be held on Tuesday December 28 from 6:00 to 8:00 pm (Dixon Garland Funeral Home 166 Main St. North, Markham ON); second viewing and service Wednesday December 28 at 10:00 am followed by service at 11:00 am (also at Dixon Garland). Due to public health guidelines, proof of vaccination required. There will be no reception but a celebration of life to be held at a future date when public health guidelines allow.

In lieu of flowers donations may be made to the Canadian Cancer Society, the Heart and Stroke Foundation, or the War Amps.

11:00 am
Dixon - Garland Funeral Home
166 Main St. N.
Markham , Ontario, Canada
905-294-2030
Please note, as per the family's request all attendees need to show proof of double COVID-19 vaccination to attend the service. Please be advised that all attendees must wear a mask while inside the funeral home.
Need Directions?
View Map | Text Directions | Email Directions