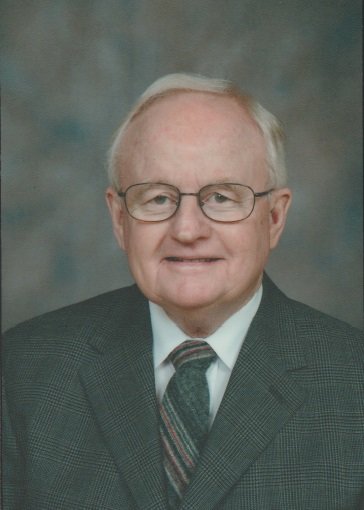 Reginald W. McEachen passed away peacefully with his family by his side on Friday, June 5, 2020, at the age of 82.

Reg was the beloved husband and best friend of Loretta (nee Ryan) for nearly 58 years. He is father of Jennifer and Daniel (wife Florence) and grandfather of Patrick, Nicole and Valerie. Reg was son to the late Daniel and Olive McEachen, brother of the late Weldon McEachen (wife Ruth), and of the late Brian McEachen (wife Diane), and the late Colleen Donahue (husband Sylvester).

Reg was born in Témiscaming, Quebec on October 31, 1937. His family moved to a community in the Ottawa Valley- Douglas, Ontario.

After finishing his education, Reg moved to Toronto where he worked for R.V. Anderson’s Engineering Company. During that time, he learned land surveying and a variety of other skills which led him into the construction field. He was also employed by two different construction firms.

After receiving experience in the industry, Reg and his wife Loretta decided to open their own business in 1971, called Jen-Dan Ltd. The company specializes in hard and soft landscape construction across the GTA, and is still in business today nearly 50 years later. Jen-Dan Ltd. is now operated by his son Dan, who worked closely with his father for over 40 years. Reg was a successful businessman in the field of construction.

Reg also co-founded the Juvenile Diabetes Foundation (JDF), where he participated in many years of fundraising in hopes to support research to find a cure for type 1 diabetes.

Reg enjoyed life, travelling abroad, a cheerful joke, but most of all spending time at the cottage on Golden Lake with Loretta. He was a season ticket holder for the Toronto Maple Leafs for 45 years. He attended the last Leaf’s Stanley Cup win in 1967 at Maple Leaf Gardens.

Reg will be sadly missed by his family, many nieces and nephews, as well by the many friends he made over the years!

Due to Covid-19, there will be no viewing of Reg at Dixon-Garland Funeral Home, however there will be a private funeral service for family members only. When it’s safe to do so, the McEachen family will hold a celebration of life event for Reg.

In lieu of flowers, please make a donation in Reg’s memory to Parkinson Canada or the Juvenile Diabetes Research Foundation.

Share Your Memory of
Reginald
Upload Your Memory View All Memories
Be the first to upload a memory!
Share A Memory
Plant a Tree