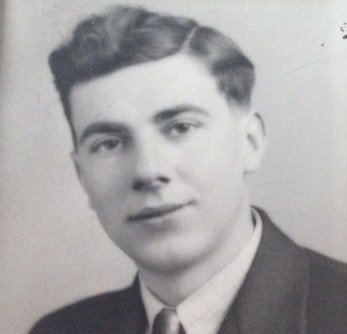 Dad was born on February 6, 1917 in the Hamlet of Armadale at Steeles Ave and Hwy 48. He quit school at the age of 16 to help his elderly father on the fruit/egg farm which he took over the when his father died and made it a successful business.
Unfortunately, at the age of 33 he had a heart attack and had to sell the farm. He then became involved in the investment advisory business with Wood Gundy. As a business man, Russ always acted with the utmost integrity and honesty, earning respect from his clients and colleagues. He often led all of Canada in the retail sales of Canada Savings Bonds.

He was especially proud of his involvement in being one of the first three people that started the Markham Stouffville Hospital. The other two were the late Dr. James T Scott and the late Howard Cosburn. The hospital is now a six hundred million dollar state of the art facility, which, with the recent addition, is one of the most modern, well equipped facilities in Canada.

He enjoyed cottage life with his family at their property in the Kawarthas on Kasshabog Lake where the whole family would regularly get together.

He was a great believer in giving back and gave generously to many worthy causes including Markham Stouffville Hospital.

The family is grateful to the many Personal Support Workers that cared for him in his home. Their dedicated service, and caring compassion allowed him to stay in his own home until last November when he became very ill, and assured that his last days were comfortable and familiar. As per his wishes, Dad has been cremated. In lieu of flowers, donations to the Markham Stouffville Hospital Foundation would be appreciated.

A Celebration of Life will be held at a later date due to the outbreak of the COVID-19 Virus.

Online condolences may be made at www.dixongarland.com

Celebration of Life will take place at a later date.

Share Your Memory of
Russell
Upload Your Memory View All Memories
Be the first to upload a memory!
Share A Memory
Plant a Tree