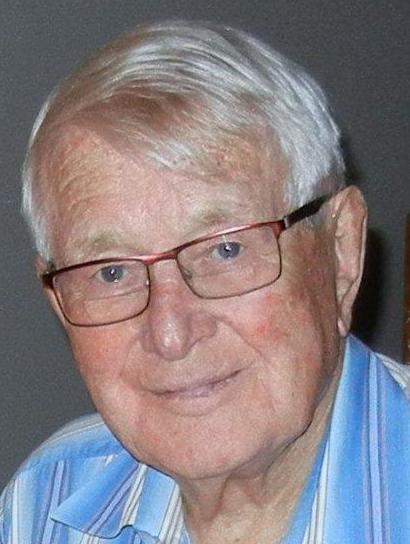 Passed away peacefully at home with family by his side on June 8, 2019 at the age of 93. Kelly will be deeply missed by Joan, his beloved wife of 65 years, his children Michael (Cathy), Bruce, Daniel (Betty), Mark, and grandchildren Justin, Kate, Brett, and Kurt.

Kelly was born in Dana, Saskatchewan. After serving in the Army during WW II he joined the Royal Canadian Mounted Police in 1947. He retired with the rank of S/Sgt in 1965. Kelly was a proud member of the RCMP Veterans Association. He began a second successful career in 1966 when he co-founded Canadian Protection Services. After retirement in 1990 his time was spent with family, especially his grandchildren, golfing (York Downs), travel, and following the Blue Jays. Kelly was leading a full and active life right up to his diagnosis of prostate cancer four months ago.

Funeral Mass will be held Wednesday, June 12th at 10:00 am at St. Patrick’s Parish, 5633 Highway #7, Markham ON. Reception to follow Mass at same location. Online condolences may be made at www.dixongarland.com

Share Your Memory of
Kelly
Upload Your Memory View All Memories
Be the first to upload a memory!
Share A Memory
Plant a Tree