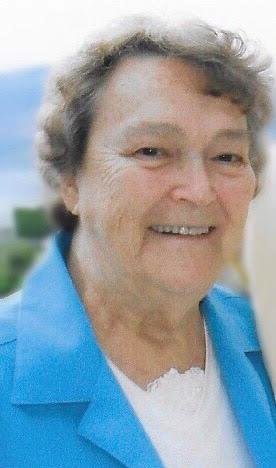 Colleen had a beautiful singing voice, was an avid seed collector and gardener and was a renowned baby whisperer. Her touch soothed babies big and small; we will all miss her wonderful hugs. She was a sympathetic listener and a great conversationalist; she almost never failed to twinkle a smile out of everyone she met.

Terry and Colleen made Stouffville their home in 1959 and committed themselves to the community. Colleen was a devoted member of St. Patrick’s Parish in Markham and belonged to the CWL and the Society of St. Vincent de Paul for over 60 years. She was a volunteer who worked tirelessly in the background, supporting people and helping where she could without fanfare.

Beloved in her roles as wife, mother, grand and great-grandmother, sister, sister-in-law, aunt and friend, she will be missed by all who were lucky enough to know her.

Those wishing to honour her life are invited to Dixon-Garland Funeral Home (166 Main St N,

Markham) on Monday May 27 from 1pm to 3pm and 7pm to 9pm. Funeral Mass will be held on Tuesday May 28 at St. Patrick’s Parish (5633 Hwy 7, Markham) at 10am. Interment at Resurrection Catholic Cemetery (355 Taunton Rd E, Whitby). Donations in Colleen's honour may be made to Canadian Foodgrains Bank.

Share Your Memory of
Colleen
Upload Your Memory View All Memories
Be the first to upload a memory!
Share A Memory
Plant a Tree