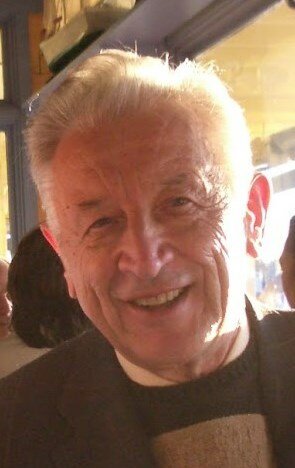 Frank Vekar, 86, passed away on Dec 20, 2022 at Markham Stouffville Hospital, and is now reunited with his first son Joseph, whose passing in 1992 left a deep mark.

Born in 1936, Frank grew up in a farming village in Slovenia with siblings Christina and Vinko. He spent a year living in Trieste, Italy, before arriving in the port of Halifax in 1957. Soon after, he found himself deep in the forests of British Columbia working on railroads, prior to journeying to Ontario. Frank and his wife Helen were married in Hamilton in 1962. By this time, Frank had added Polish to his language portfolio of Slovene, Italian and English; the family built strong ties with Polish friends and family, particularly at St. Stanislaus Parish. Joseph was born in 1964 and John in 1970. Frank worked at a plastics factory in Don Mills and in 1974 the family left Toronto’s Mount Pleasant neighbourhood for Markham.

Frank’s early devotion to hard work never left him. When he joined General Motors in Oshawa in the early eighties, he often logged double shifts and was recognized for his dedication to quality. His affinity for cars meant he jacked up and fixed the ones in his driveway, and took the family on long road trips to Milwaukee, Detroit and Toledo to visit relatives. After retiring, Frank continued renovation projects around the house and helped neighbours with snow clearing, lawn maintenance and landscaping.

For a while he ventured into wine-making and the fruits were, by some reports, drinkable. At times, Frank spelled his name with a “c” which made him seem French and caused much confusion when renewing his ID. He had a great sense of humour, and even in the midst of dealing with cancer, Frank made his nurses and caregivers laugh.

In addition to his spouse Helen and son John, Frank is survived by his grandson Leonidas (b. 2016), whom he loved and was always keen to visit with.

The family will receive their friends at the Dixon-Garland Funeral Home, 166 Main Street North, Markham Ontario, (905) 294-2030 on Wednesday December 28, 2022 from 6 p.m. until 9p.m. Frank's funeral mass will be celebrated on Thursday December 29, 2022 in St. Patrick's Church 5633 Highway 7, at 10:30 a.m. Interment will follow at Holy Cross Cemetery.  If desired, memorial donations in Frank’s memory may be made to the Canadian Cancer Society and would be greatly appreciated by the family.