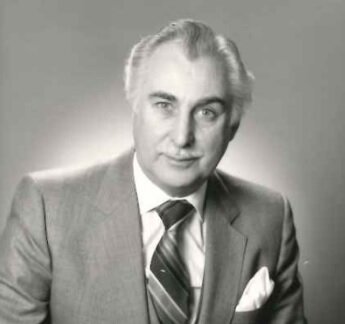 John David Robson - April 30, 1926 – October 30, 2022. John was the son of John and Gertrude Robson of Manchester, England. He was predeceased by his brother Philip many decades ago. Following World War II, and service in the Royal Navy John immigrated to Canada.

Two years later Brenda, also of Manchester, immigrated and they married. Brenda (1927-2015) was a devoted wife and mother.

They were parents of the twins, Philip (Victoria Prince), and Rev. Canon Dr. David Robson (Lynn Robson), and later Mark (Sandra Winkler). John is missed with great affection by Kim Robson. For many years Margaret Bleasdell, her family, and other folks in England were good friends and companions.

“Buff” as he was known by the family was the much-loved grandfather to Jonathan (Jessica Hall-Cummings), Emma (Conor Murphy), Thomas; John; Nicholas and Lisa (Brendan O’Neill), Malakai and Juno. He was the great-grandfather to Bruce; Charlotte; Landon, Liam, and Leo.

John and Brenda attended the first service at St. Peter's Anglican Church on Brimley Road, Scarborough and remained for many years making lifelong friends. Later, they were longtime members of Grace Anglican, Markham.

John’s spent his career at the Bank of Nova Scotia. He was a committed Mason, and in 1972 Master of Scarborough Lodge # 653. In later years, John was a member of the Markham District Veterans Association and was the Secretary to the Board of the Federation of Chinese Canadians in Markham. John served on the first Board of Directors of Markham-Stouffville Hospital. He was a dedicated husband, a wise father, and a good friend to countless people.

The family extends special and heartfelt thanks to the many caregivers of Amica at Swan Lake and Amica Pickering. Thanks to all the staff at Lakeridge Hospital who cared for him at the end.

No words can fully express how much the note and phones calls assisted the family at John’s passing. Cremation has taken place and in due time the family will scatter his ashes near Brenda’s.

Friends are invited to join the family in a celebration of John's life, in word, prayer (and Welsh hymns), at Grace Anglican Church, 19 Parkway Avenue, Markham, on December 9th at 11 am.

Donations in John’s memory may be given to the Alzheimer's Society of York Region, or the charity of your choice. Buff has left, but his stamp on family and friends remains.