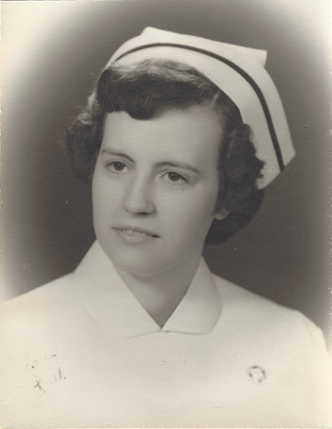 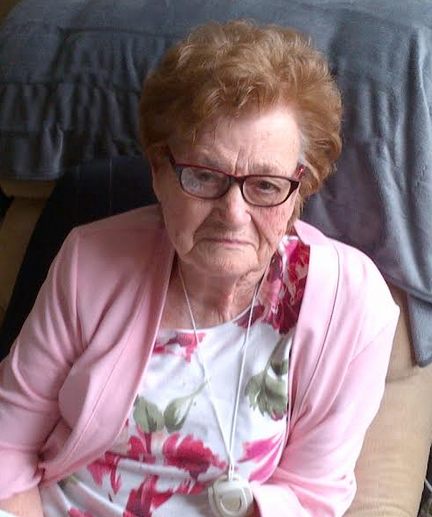 On Saturday, July 16, 2022, Ruth Anne Barefoot (nee McCracken) passed away peacefully at Markham-Stouffville hospital with family by her side at the age of 89.

Ruth was born in Buffalo, New York but was raised in Simcoe, Ontario. She graduated from Brantford General Hospital in 1953 as a Registered Nurse and after working there and in the Vancouver General Hospital, she joined Trans-Canada Airlines (predecessor of Air Canada) when all of their stewardesses were required to be registered nurses.  Following company protocol, Ruth had to resign from the airlines when she married.   She had a long and enjoyable career as a hospital nurse.  She joined the Scarborough Centenary Hospital shortly after it opened and retired from their Emergency Department in 1992.

Ruth is predeceased by George, her husband of 56 years.  Her family was the joy of her life and she will be deeply missed by her children Lynn (Brad) and Gary (Donna) and her four grandchildren Curtis (Deanna), Blair (Cassie), Leslie (Carmelo), and Robyn (Connor).  She is survived by her younger brother, Keith (Evelyn) and predeceased by her elder sister, Grace (Bill).

Ruth will be forever remembered by many friends and family for her strong work ethic and kind and generous spirit.  Ruth and George initially settled in Scarborough to raise their family but moved to Markham in the early 80’s and then retired to their “farm” in 1995 just north of Cobourg.  Ruth and George were avid gardeners and loved to share their bountiful harvest with friends, family and neighbours.  Ruth was infamous for her pickled beets, dill pickles and stewed tomatoes.

A private funeral service has been held for the immediate family.

Share Your Memory of
Ruth
Upload Your Memory View All Memories
Be the first to upload a memory!
Share A Memory
Send Flowers