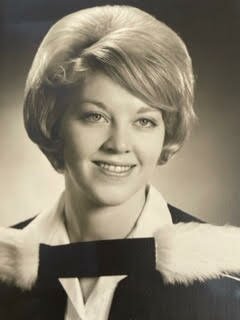 It is with heavy hearts that we announce the sudden passing of Sheila Elizabeth Anne O’Sullivan on July 4, 2022, at the age of 79.  Sheila will be forever cherished and missed by her daughters Andrea Winarski (Ken) and Laura Pollnow (Matt), her sister Maureen Downie, her beloved grandchildren Liam, Aidan and Ava Fowler and Sean and Evelyn Pollnow, her nephews Matt and Ryan Downie (Heather), her great nephews, Owen and Sullivan and our Aunt Linda Dallman. Sheila is predeceased by her brother-in-law Bruce Downie.

Sheila was born in Niagara Falls on Jan 9, 1943 to Gertrude O’Sullivan (née Carlise) and John O’Sullivan. She graduated with Honours from Mimico High School in 1962, and was awarded a scholarship from the Independent Order of Odd Fellows.  In 1966 she graduated from The University of Toronto with a BSc.  She earned a Masters Of Education from The University of Toronto in 1987.

Sheila was a life long learner and passionate teacher. She earned her Honours Specialist in Home Economics, Science and Special Education and completed the Principal’s Qualification Program. She taught at Leaside Secondary School and then East York Collegiate, as Head of Science, until her retirement in 2003.

Sheila was an avid speed reader and competitive duplicate bridge player.  She loved cryptic crosswords, jigsaw and Mensa puzzles.  She was certified by the RCM in Grade 10 piano.

Sheila will be remembered for her acute intelligence, her strength of character, her steadfast friendships, her pragmatic nature and her unwavering devotion to her grandchildren.

Family and friends are invited to attend a Celebration of Life on Friday Sept.30th from 3:00-5:00pm at Cedar Brae Golf Club, 55 Mac Frost Way, Scarborough, ON.

In lieu of flowers, donations to MSH would be appreciated by the family.

Share Your Memory of
Sheila
Upload Your Memory View All Memories
Be the first to upload a memory!
Share A Memory
Send Flowers