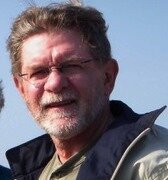 Stephen Leo Horne passed away peacefully on January 6, 2022, at the age of 71, with family by his side.

Steve’s first employer was Citadel Office Equipment based in Halifax, N.S. (1968 to 1972).  He then worked for IBM Canada Ltd. (1972 to 2005).  He was transferred from Halifax to Markham in 1983 to take on the role of instructor at the CS Education Centre.  He subsequently transferred to IBM Canada HQ in Markham as Team Lead. His final position at IBM was Technical Marketing Specialist in the IBM PC Company.  He joined Lenovo Canada (2005 to 2009) as a Technical Marketing Specialist the same day he retired from IBM.  In 2012, he started his own company, Horne and Associates providing consulting support to McVay and Associates for 9 years.

Steve was an avid reader, loved music, his motorcycle (in his younger days), his BMW’s and later his Trek bike.  He never forgot Nova Scotia and took two biking trips there in his mid-sixties.  He had a good sense of humour and loved to amuse his grandchildren.  His children and his grandchildren loved his “Donald Duck” voice.  He was considered an awesome grandfather and uncle.

Donations may be made to the Cancer Society or charity of your choice.

There will be a celebration of life at a later date.

Share Your Memory of
Stephen
Upload Your Memory View All Memories
Be the first to upload a memory!
Share A Memory
Send Flowers