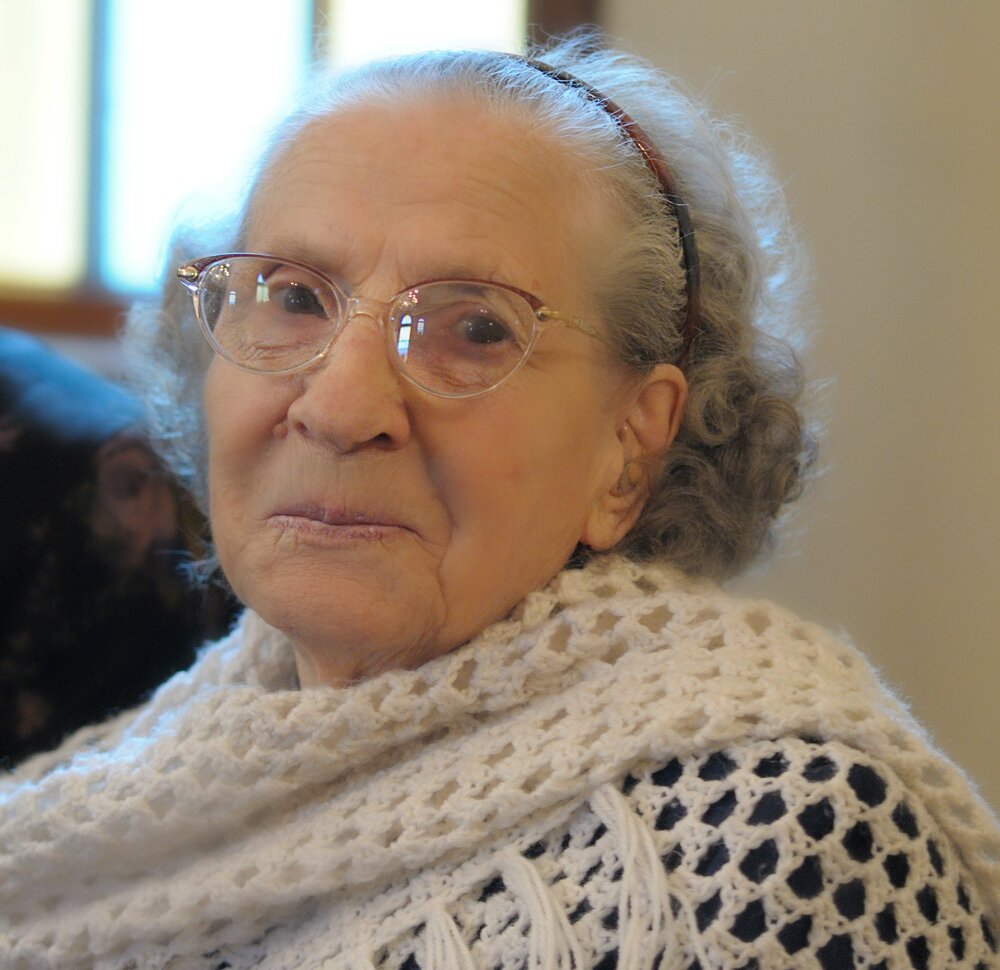 Passed away peacefully at home in her 102nd year.

Born in the turbulent times after the Russian Revolution, she spent her childhood in the rebuilding nation of the Soviet Union. Part of a large family living on a farm in Western Russia, she helped her parents on the farm all while attending school and then college to obtain an accounting degree. Throughout her youth especially, she faced a number of personal hardships and family tragedies, none bigger than occurred during World War II. She persevered through the loss of her first husband and three brothers, spent time under German occupation, and then worked tirelessly in the home front to help bring an end to the war. For her work, dedication, and sacrifice she was awarded a number of medals and titles, most notably “Veteran of Labour of the Home Front” and a number of medals commemorating Victory in World War II.

After the war she moved to Ternopil in Western Ukraine, where she met and fell in love with Nikolai to whom she was married for 30 years. Together they lived and worked on rebuilding a country ravaged by war, while raising a son and daughter and establishing an anchor for a large family. Alexandra worked for many years as an accountant on the Ukrainian railroad, establishing a spotless reputation of being hard working, trustworthy, diligent, and honest. At home she cared for her immediate family as well as her mother. She lived in Ternopil for half a century, again witnessing all the major events of the second half of the 20th century. In the late 90s she turned her life around once more and moved to Toronto to be with her daughter and her family, where she continued to be active and helpful and undoubtedly brought joy and light to the lives of everyone she touched.

In lieu of flowers the family would like to ask you to make a donation to the Princess Margaret Cancer Foundation.

Share Your Memory of
Alexandra
Upload Your Memory View All Memories
Be the first to upload a memory!
Share A Memory
Send Flowers