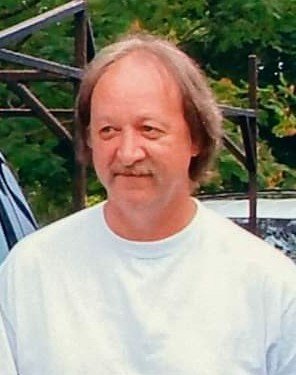 It is with great sadness that we announce the passing of Steve on August 10th, 2021 in his 67th year at Markham Stouffville Hospital.  Steve is survived by his son, Jason, daughter Nicole, sisters Yvonne (George) Laing, Darlene (Clarence) Joudrey, Shirley (late Dave) Joudrey, Dorothy (Art) Van Meurs, and many loving nieces and nephews. He was preceded in death by his late brother Norm (Jeannie), and his parents Blanche & Harold.

He was a hardworking man – 40 years of service before retiring from Lincoln Electric just a few short years before his passing. Going to the cottage, fishing, and watching Nascar were some of the activities he enjoyed the most.

There will not be a visitation or funeral service, rather a simple interment by invitation at Elmwood Cemetery, 6150 Hwy 7, Markham on Monday August 16th, at 1:00pm.
Online condolences can be made at www.dixongarland.com.

Share Your Memory of
Stephen
Upload Your Memory View All Memories
Be the first to upload a memory!
Share A Memory
Send Flowers