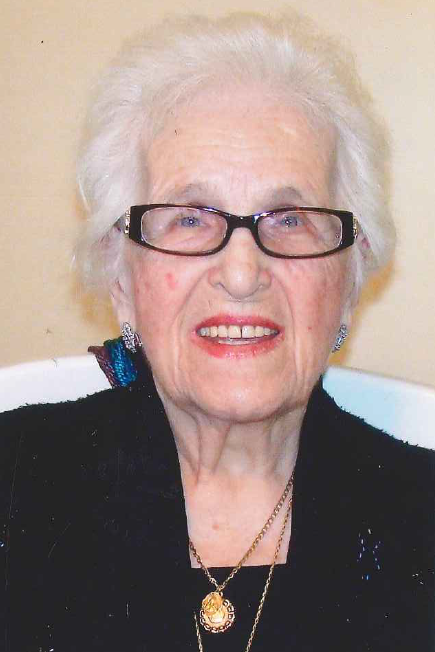 It is with heavy hearts that we announce Anna's passing on May 6th, 2020 in her 97th year. Predeceased by her loving husband Edward, and her son Stanislaw. She will be deeply missed by her children Helen (George), Irene (Edward), Walter (Janet); her grandchildren Melissa (Matthew), Adam (Lynne), Ashley (Brett), Erica, Monica, Lorne (Jackie), Lucas (Carrie), and Matthew (Whitney); and her adored 13 great-grandchildren. Anna will be sadly missed by her sister-in-law Jadwiga Zaleski and many nieces and nephews. Her kindness, giving spirit and relentless inner strength were an inspiration to all who knew and loved her.

Anna was born in Poland, and she was a young teen when World War II began and the Germans took her away to endure forced labour in Austria. But this is where she met and married the love of her life "Eddy". In 1950 they immigrated to Toronto, with a young son and a daughter on the way. They struggled in this new country, Eddy working at several menial jobs so Anna could raise their now four children. They became responsible for the maintenance of C. A. Pitts office buildings, then bought and ran a shoe store, becoming successful at both, and soon bought a cottage near Lake Simcoe. Anna was known for her cooking (pierogis and cabbage rolls), her love of gardening, enjoying cottage weekends, and always Saturday night dances. But most of all, Anna loved jewelry and was known for her fabulous pieces and she took pride in looking beautiful. Time spent with family and friends was so important, and this circle ever widened. But foremost was the pride and love for their children, and then grandchildren, and for Anna, her 13 great-grandchildren: Jack and Henry; William, Olivia and Lewis; Reid and Ruby; Avalyn and Riley; Benji and Chloe; and Talon and Keaton. And now after dealing with ill health, she has been able to go and join her polka partner, Eddy, in heaven. We were blessed to have had her as a wonderful role model for all these years.

A private family funeral will be held on May 9, 2020, and a celebration of her life will be held at a later date. Much gratitude to the nurses and PSW's at Markham Stouffville Hospital in units 2C & 2E who took such good care of Anna. In lieu of flowers, consider donating in Anna's memory to the Markham Stouffville Hospital Foundation, the Leukemia & Lymphoma Society of Canada, the Brain Tumour Foundation of Canada, or the Heart & Stroke Foundation.

Share Your Memory of
Anna
Upload Your Memory View All Memories
Be the first to upload a memory!
Share A Memory
Plant a Tree