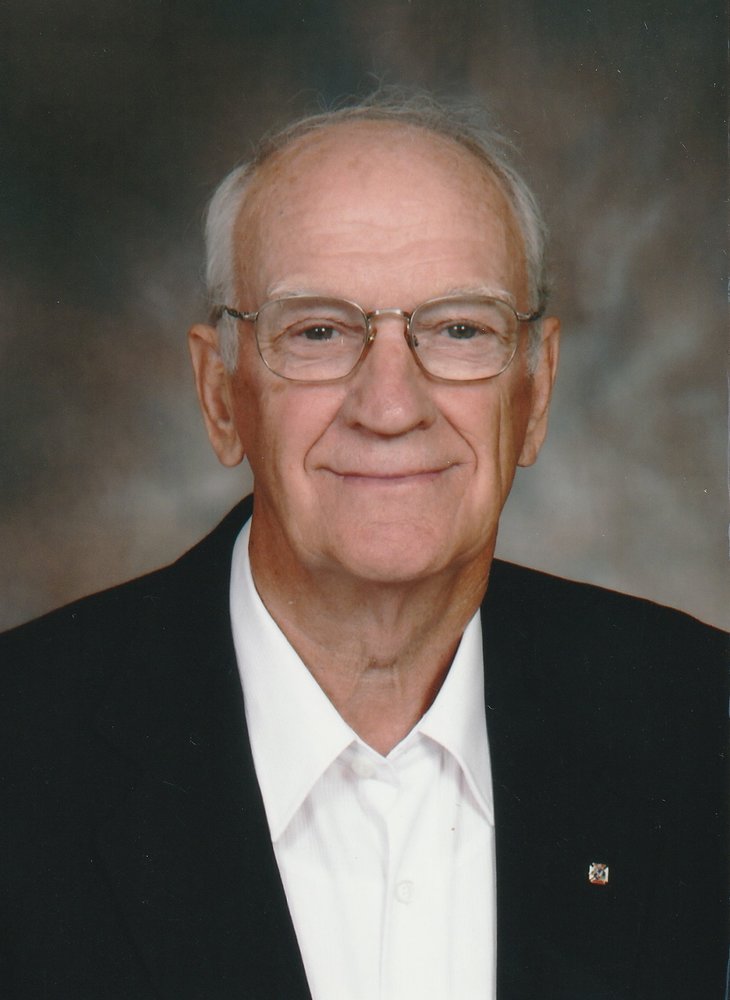 Passed away June 19, 2019, at Southlake Hospital, Newmarket. Born April 11, 1932 in Pickering, Ontario, Terry was married to the love of his life, Colleen (Kenny), for 61 years, who predeceased him on May 23, 2019. Terry was predeceased by his daughter Mary Angela and is survived by his children Karen, Kevin (Laurie), Chris (Heather), Maggie, Mike (Michaela) and Teresa (Todd). Terry was the proud Papa to Elysia (Andrew), Meghan (Mike), Cameron (Amanda), Bryan, Dalton (Kate), Brittny, Emily, Morgan, Hailey, Katey, Bridget, Rogan, Caroline, Quinn and Connor and Great-Papa to Beatrix, Allie, Jackson, Colin, Silas and Charlotte and the uncle to many. Terry was predeceased by his parents Arthur and Margaret O’Connor and his siblings George, Marguerite, Morgan, Helen, Geraldine, Maurice (Marilyn) and Moira Ste. Marie (Ron), and is survived by Patricia and Denis (Ursula). Terry is also predeceased by Colleen’s brothers Don (late Edna), Stu (late Evelyn), Joe (Diane) and Doug (late Janet) and is survived by her siblings Joan Zuwala (late Ches), Bill (late Florence), Margaret Campagnolo (late Para), David (late Linda), Cathy and Barbara Kenny. Born and raised a farm boy, Terry had a true passion for working the land and tending to the animals that live upon it. Terry graduated from Veterinary College at the University of Guelph in 1958, and he, with his brother Denis, managed a thriving Veterinary practice in Stouffville for decades. Terry retired in 1997 after spending the last 12 years of his professional life as a Regional Veterinarian at the Ontario Ministry of Agriculture, Food and Rural Affairs. Terry was a talented mechanic and developed a love for restoring vintage tractors to their original glory. He could fix anything as long as he had some binder twine and a couple of tools. He was a natural teacher, whether it was mentoring veterinary students, volunteering in Nicaragua to teach animal care and improve crop yields, or training Altar Servers in their parish. He especially loved to demonstrate at dinner time how the musculoskeletal or nervous system worked using whatever was on the plate.Terry and Colleen made Stouffville their home in 1959 and committed themselves to the community. Terry was instrumental in the founding of St. Mark School in Stouffville, and was one of the founders of the Markham-Stouffville Hospital. He wore many hats for the Markham Fair Board, including bringing about the very popular Old MacDonald’s Farm exhibit. He was a dedicated member of the York Region Federation of Agriculture, the York Cattlemen’s Association, the York Soil & Crop Association, and helped to make a difference on a global scale with the Canadian Foodgrains Bank.Terry’s faith was central to his life. He was a devoted member of St. Patrick’s Parish in Markham and participated in a number of their ministries. He was also an active member of the Knights of Columbus for over 60 years.Much loved in his roles as husband, father, grand and great-grandfather, brother, brother-in-law, uncle and friend; he will be missed by all who were lucky enough to know him.Visitation will be held at Dixon Garland Funeral Home, Markham, June 25, 2019 from 1:00 – 3:00 and 6:00 – 9:00. Funeral mass at St. Patrick’s Parish, Markham, June 26, 2019 at 10:00, with interment at Resurrection Cemetery, Whitby. Donations in Terry's honour may be made to Canadian Foodgrains Bank (https://donate.foodgrainsbank.ca).

Share Your Memory of
Terry
Upload Your Memory View All Memories
Be the first to upload a memory!
Share A Memory
Plant a Tree