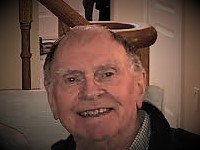 With sadness and heavy hearts, we announce that Alan Robert Patterson passed away peacefully at Markham-Stouffville Hospital in the presence of his family.  Alan was diagnosed with bladder cancer in the fall of 2016.  He is deeply missed by his wife of 54 years, Patricia; children, Michelle (Jason Dunkley) and Jonathan (Heather Cross); grandchildren, Claire, Liam, Pax and Leo; niece, Deborah Hutchinson; and extended family and friends.  Alan was born in a small mining village (Fawdon/Cox Lodge) just outside of Newcastle, England.  In 1970, Alan and Pat moved to Canada where Alan worked for 30+ years as an engineer and Vice President of Manufacturing at the Howden Fan Company.  He eased into retirement as a consultant engineer and enjoyed travelling with his wife, spending time with his grandchildren, curling, reading and gardening.  We will keep his love and memories forever in our hearts.  If desired, donations may be made to the Markham-Stouffville Hospital Foundation in Alan’s memory.

The Reception will take place following the Memorial Service on the lower level of the Funeral Home.

Share Your Memory of
Alan
Upload Your Memory View All Memories
Be the first to upload a memory!
Share A Memory
Plant a Tree