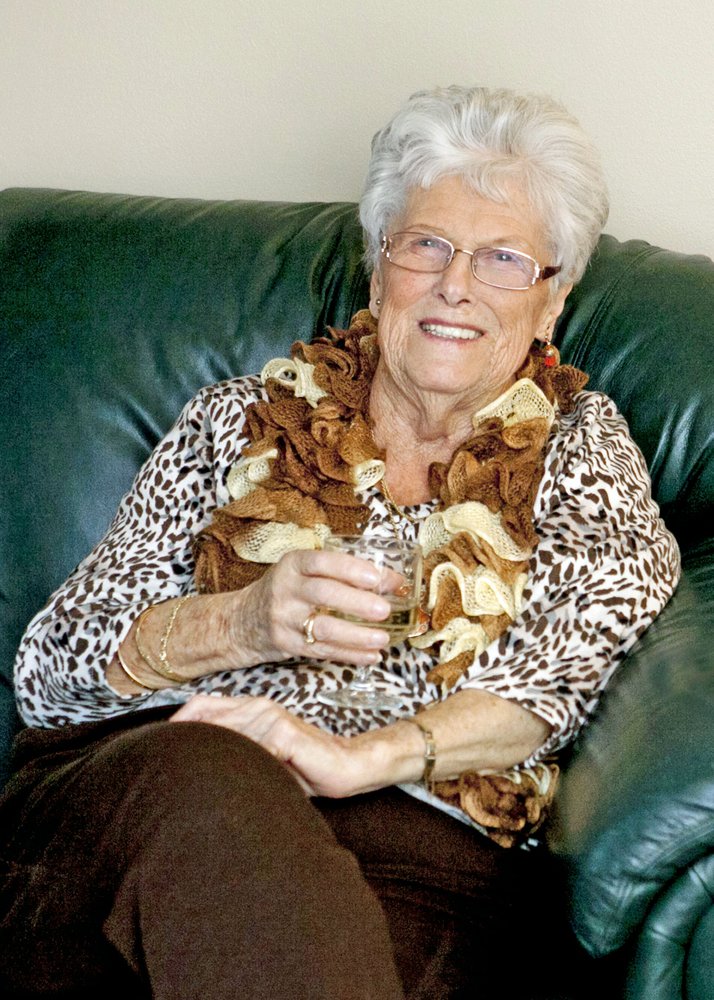 Nina Margaret Jane Skrepnek of Markham, passed peacefully in hospital on March 12, 2019 after a brief illness.  Nina was born in East York where she later met and married her late husband Donald Sidney Skrepnek.  After raising 4 children together initially in East York and later in Scarborough they had many travel adventures including Alaska, Kenya, Dominican Republic and Portugal.  They spent many years playing tennis, boating and fishing in the Florida Keys during winters and cottage time on Belmont Lake prior to eventually retiring to live in Bayshore Village where they forged new friendships and adventures with family get togethers in Brampton and Meaford.  Later, as a widow, Nina relocated to Markham closer to family where she grew new bonds with Wilson Street neighbours and through Markham Seniors In Motion.  Nina loved to knit, play euchre, canasta and learned Maj Jong as well as the occasional slots at Casino Rama. In 2014 she moved to Rouge Valley Retirement Residence where she enjoyed the close-knit environment and support of the caring staff and friends. Nina will be deeply missed by son Gary, and daughters Karen Syjud (Bruce), Dawn Dunn (Timothy), and Kimberly. She is loved and will be fondly remembered by 5 grandchildren Joel (Tamara), Kevin, Rachel (Derek), Bryan (Tara), and Adam as well as 7 great grandchildren Noah, Eli, Ella, Jordan, William, Sage and new baby Thomas.  The family wishes to extend their sincere thanks to the dear friends, staff and caregivers at Rouge Valley Retirement Residence and to the tireless efforts of physicians, nurses, personal support and diagnostic staff at Markham-Stouffville Hospital. In lieu of flowers, please consider a donation to the hospital or a charity of your choice.

A private Celebration of Life for family and friends is planned for a later date.

Share Your Memory of
Nina
Upload Your Memory View All Memories
Be the first to upload a memory!
Share A Memory
Plant a Tree