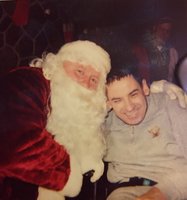 It is with sadness that we announce the passing of Skipper (Robert) Brown of Markham on September 5, 2019 at the age of 62 years with family at his side.

Robert was a kind and gentle soul who brought much happiness to his family and friends. The sound of his laughter brought joy to those who loved him.

He will be remembered as a gentleman who always reached out his hand to greet you and always remembered something about everyone he met, especially those that were special to him.

Robert is predeceased by his parents Buster and Noreen Brown and his brother in law Ken Flaherty.

The family would appreciate donations to Participation House in memory of Robert.