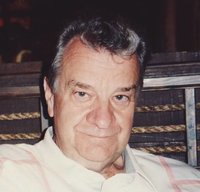 Robert MacBain It is with deep sadness that our family announces the passing of our beloved husband and father Robert (Bob) MacBain at Humber River Finch Hospital on March 25, 2013. Bob was the only child born to the late Murray and Ella Macbain of Pictou County, Nova Scotia. He received his early education in that area and graduated from Mount Allison University. Bob's business career began in Winnipeg where he joined the T. Eaton Co. Limited. Later he and his family moved to Alberta where he was instrumental in setting up twenty-six Peavy Mart Stores. He later was moved to Toronto to aid in setting up the Loblaws Super Centre Stores throughout Ontario. Later in his retirement years he worked and presided over his late daughter Dianne's Gridlron Medical Co. supplying trainers for the various junior football teams in the outlying areas. Also in his retirement years, he worked as an invigilator in the Records Department at York University. Bob loved sports of all kinds, participated in hockey, football, baseball and golf. He would never give up a chance to play or take part in any way he could. He leaves to mourn, his wife Patricia (Pat) and son Cameron. He was predeceased and sadly missed his daughter Dianne in 2009. Bob enjoyed his extended family which was his many sister-in-laws and brother-in-laws as well as many nieces and nephews. He will be sadly missed by so many. A celebration of his life will be held with a Memorial Service in the Chapel at the Dixon-Garland Funeral Home 166 Main St. North (Markham Rd) Markham at 3:00 p.m. Sunday, April 14, 2013. We would like to thank the nurses at Markham Stouffville Hospital, with special thanks to Dr. Awan; the nurses at Downsview Long-Term Nursing Home; Dr. Carr and the nurses at Humber River Finch Hospital.