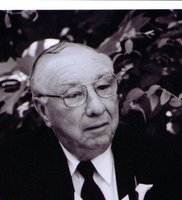 Mihorean, Philip Francis- Died peacefully on March 22, 2013, surrounded by his large and loving family and extensive network of dear friends. He leaves behind his beloved wife of 56 years, Olive, daughters Mary Anne (Steve), Elizabeth (John), Terry (Mark), Jane (Peter), Ellen (Glenn), and sons Mark and Stephen (Karen). He was a proud grandfather of Jesse, Hannah, Jenna, Allison, Kara, Jocelyn, Blake, Olivia, Oliver, Grayson, Mackenzie, Averey, the late Brenna and a great-grandfather to Kiera. Special thanks to the nurses and doctors of 3Wh at Markham Stouffville Hospital for their compassionate care. For more than 60 years, Philip was a well known realtor in the Markham area and a long-time member of the RCYC. He was a founder of the Markham Stouffville Hospital, the Markham Library Board and the Catholic School Board. Philip was a proud member of Nipissing First Nation. A Funeral Mass will be held at St. Patrick's Parish (5633 Hwy. 7, Markham), on Tuesday, March 26, 2013, at 11 a.m. Private family interment. In lieu of flowers, donations to one of Philip's supported charities, Good Shepherd Ministries of Toronto, would be appreciated by the family.